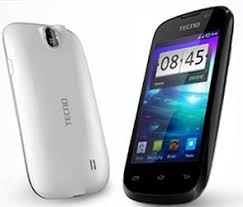 As funny as this “post title sounds” it’s still worth discussing ‘cos I have come across a lot of people wishing they could have an android phone at least to join the band wagon of smart phone users .

Nigeria is in the post title ‘cos I am a Nigerian and have seen a lot of fake china android phones that can not support .apk which is the tradition application file system for android devices which prompted my creating this topic to discuss about original tecno and cheap android phone and  devices .

You can easily differentiate b/w original Chinese android from the fake by going to settings => look for about  to check the phone os version & firmware specification  that is were you will see the void in face chinco android phones .

Now talking about Cheapest android phone every one can purchase I would have gone with samsung galaxy pocket if not for the price which is slightly higher than new tecno series that I will be discussing here.

I am a dedicated web developer with interest in blogging and app development. I have lots of buddies and always ready to connect with like-minded pals - See more about me.