Home » tips » Are You a Showroomer? 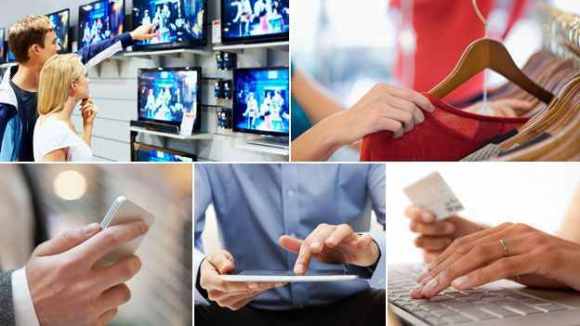 Showrooming is a fairly new phenomenon, but one which is becoming increasingly
prevalent in the UK. Showroomers are everywhere. You might have stood next to one in the supermarket or bumped into another at PC World. You could even be one yourself…

So what is showrooming?

Showrooming is the practice of visiting physical shops to check out an item you are considering buying (so far, so normal). To turn this simple, everyday act into a sneaky piece of show-rooming you’ll need to
whip out your mobile phone, run a price comparison and buy a cheaper version of the same product from a competitor online.
With fast 3G mobile web available almost everywhere thanks to clever data providers like https://mobi-data.co.uk/ it’s become easier and easier for all of us to become savvier shoppers.
But this technique is having a knock-on effect on retailers and could even change the face of retail in the longer term…

How big is the phenomenon?

Showrooming is bigger than you think – and it’s growing. According to Econsultancy, 67% of companies acknowledge that smartphone use in store is on the rise, whilst elsewhere analysts suggest that the activity is growing by 156% year on year.
It’s a difficult thing to gauge, but these figures are certainly not unfeasible. With increasingly speedy 3G and 4G options for smartphones and ever-rising numbers of smartphone users, is it any wonder so many of us are using technology to make better informed purchasing decisions?

So, what’s the problem?

Unfortunately this can mean that real life shops miss out…If a business doesn’t have an online presence in today’s market, chances are it will not last for long. The cost of square footage in a good commercial area and all of the overheads involved in running a physical shop make online selling much more cost-effective.
These savings can then be passed on to the consumer. If people are buying less and less frequently from bricks and mortar shops with slightly costlier products, these businesses cannot be sustained in the
long term.

Is there a solution?

The Econsultancy report suggests that just 11% of businesses think that in store smartphone usage is a problem for them, but some businesses are taking action.

In very extreme cases shops are charging an admission fee to ensure that even showrooming customers contribute to revenue. In other places slightly more sensible methods are being trialled including making stores wi-fi blackspots.
However, by far the most effective way to tackle showrooming is for businesses to go mobile themselves.

The solution for retailers seems to be making the in store experience they offer mobile as well as physical by including special deals for smartphone users via an accessible, responsive mobile website.

It seems likely that it will be a case of sink or swim for bricks and mortar retailers in the digital age. Either they work some mobile magic or they slowly lose out to more tech-happy businesses.

For us smartphone toting shoppers, however, things can really only get better – better deals, better mobile services and more accessible content via mobile are all on the horizon – unless all shops everywhere decide to black out mobile connections…uh oh!

I'm a dedicated writer, an Android freak, a Tech ardent and a fashionista. I love playing around with gadgets, loves football and teamwork in everything I do. You can follow my updates here or on Twitter (@fwesh_finnest).